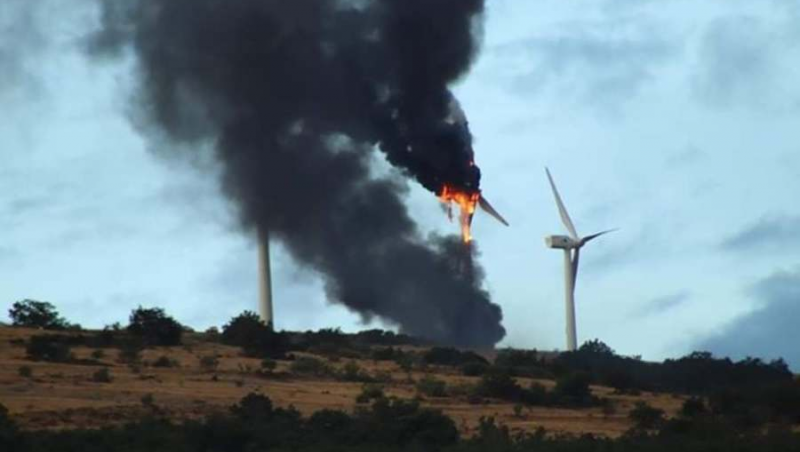 Last Friday, as a result of the storm that hit the province of Soria, lightning struck a wind turbine, causing a huge fire.

The wind turbine, located in the wind farm on Mount Cayo and managed by Cetesa, began to burn and both the fire and the large curtain of smoke could be seen several kilometres away.