Lightning has caused an explosion at a Repsol petrochemical plant in Puertollano. 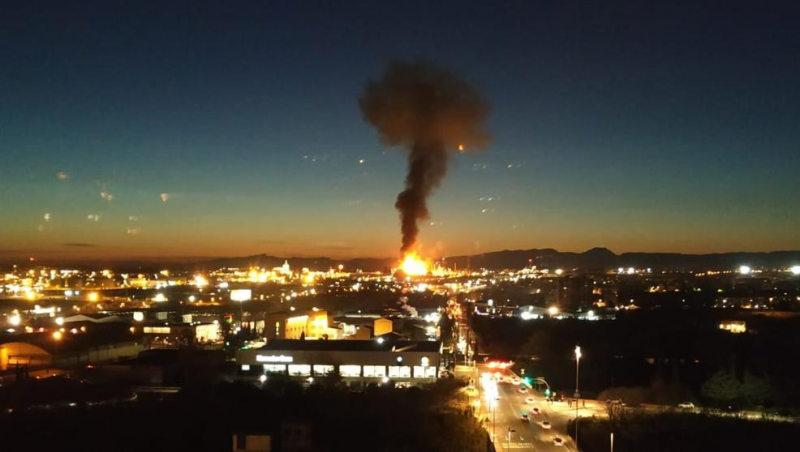 Lightning has caused an explosion at a Repsol petrochemical plant in Puertollano.

Early this morning, during a thunderstorm in Puertollano (Ciudad Real), lightning struck at least one diesel tank at the Industrial Complex of the multinational energy and petrochemical company Repsol, causing a strong explosion.

The fire started at around 09:45 this Monday morning and the Repsol Industrial Complex has activated the Emergency Plan.

The explosion generated a large column of black smoke that could be seen from Ciudad Real, some 30km away.

Firefighters, Local Police and National Police have been deployed to the site to prevent the spread of the flames and to ensure the safety of citizens. In addition, the Military Emergency Unit has been contacted in case their intervention was required, as confirmed by sources from the Emergency Attention and Coordination Service (Servicio de Atención y Coordinación de Urgencias) to EuropaPress.

Fortunately, no injuries have been reported and the local police have asked the residents of Puertollano to be alert to possible warnings related to air quality in residential areas near the petrochemical complex.

Repsol has opened an investigation to determine the causes of the accident and has informed the Puertollano Public Advisory Panel that there is no risk to the population. In addition, Repsol has assured in a statement that there have been no personal injuries and has stressed that its Emergency Plans and fire-fighting systems have worked correctly.